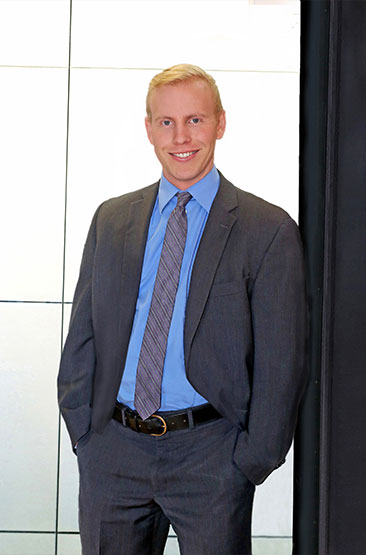 Dan Thorn obtained his B.A. in English from the University of Calgary. He attended law school in Halifax, graduating from Dalhousie University with his Juris Doctor in Law in 2012.

Dan articled at Blain Legal, formerly Nikitiuk and Blain, between 2012 and 2013. More recently, he practiced at CKM Law from 2017 to 2018, with an emphasis on personal injury law. He has been with Pipella Law since July, 2018.

Dan appears at the Court of Queen’s Bench of Alberta for his clients. He has experience in alternate dispute resolution, having participated in private mediations and Judicial Dispute Resolutions.

Dan spends his free time weightlifting, running, and watching sports. In 2018, he volunteered at the “Run for Water” event in Calgary. He is also an avid golfer and writes short stories. He has published a number of short stories both online and in print, including a story in Transition magazine.