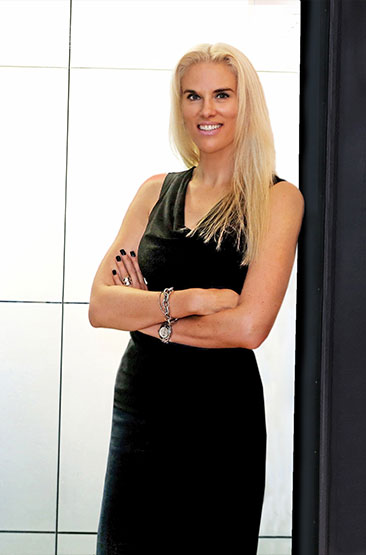 Following in the footsteps of her father and sister, Kimber Pipella, joined Pipella Law with aspirations of carrying on the family tradition of working as a Personal Injury Litigator. Kimber advocates for her clients and has extensive experience in litigation. Kimber has appeared in the Court of Queen’s Bench of Alberta, and has participated in many private mediations, and/or Judicial Dispute Resolutions to date.

Kimber received her Bachelor of Arts degree majoring in Leisure, Tourism and Society at the University of Calgary in 1993. As part of her program, she embarked on various field studies throughout the Caribbean and the West Indies, where she studied the physical geography and the impact of tourism in the areas of the Bahamas, Puerto Rico, Guadeloupe, Dominica, Martinique, St. Lucia and St. Vincent. In addition, she studied environmental, religious and gender issues in Egypt, Israel, Greece and Turkey, and completed a semester at the University of Laval in the French for Non-Francophones program in Quebec City. Following graduation, Kimber was offered a one-year fellowship at Walt Disney World in Florida as a ‘Canadian Ambassador’. Her exposure to media at Disney piqued her interest in journalism. In 1997, she completed her Honour’s Diploma in Cinema, Television, Stage and Radio with a major in Broadcast News at the Southern Alberta Institute of Technology.

Kimber held various positions in broadcasting as the Morning Show Co-Host and News/Sports Reporter at 106.5 Mountain F-M in Banff and Canmore, Alberta, and completed various contracts for CBC 1010. In television, she worked as a Writer, Reporter, Producer and Host for several companies including Global Television, the Movie Show, White Iron Productions, Digital Artisans Inc., and Shaw TV. She travelled from coast-to-coast interviewing some of the entertainment industry’s most prolific stars including Roger Moore, Jackie Chan, and Ashton Kutcher, and covered a multitude of other stories. Kimber started her own company, Easy Productions Inc., which allowed her to pursue many independent projects including the development of a series for Travel Alberta where she showcased the province’s leading tourist destinations. Having her own business and freelancing as a Reporter, in a variety of capacities, allowed her to continue to pursue her passion for travel by working as a Tour Director for Princess Tours, (a.k.a. “The Love Boat”), for 5 years.

Kimber embarked on her law studies on the Gold Coast of Australia, where she received her Juris Doctor degree in Law from Bond University in 2009. Whilst pursuing her law degree, Kimber won the Bond Negotiation Competition with a colleague and was selected to represent Bond, thereafter, in a state-wide and national competition. Kimber reached the semi-finals in the Bond Client Interview Competition, and was selected to be on the 2008 Philip C. Jessup Moot Team at Bond University. Kimber worked for the Queensland Public Interest Law Clearing House, (QPILCH), a not-for-profit community based legal organization that coordinates the provision of pro bono legal services for individuals and community groups as an elective in Brisbane. One of the highlights of her law school experience was participating in an elective study tour with Bond’s law faculty in the People’s Republic of China where she combined academic studies at South West China University of Politics and Law in Beijing, with visits to Chinese law firms in Shanghai, many other local businesses, (some farms and villages), along with stops at various historic sites throughout China. Kimber enjoyed this invaluable study experience and gained a much greater understanding of the culture.

Over the years, Kimber has been an active member of her community, and has volunteered her time in the ICU, Emergency, and Geriatric units at the former Calgary General Hospital’s Bow Valley Centre. In addition, Kimber has served on the Boards of: MADD (Mothers Against Drunk Driving), ARBI, (Association of the Rehabilitation of the Brain Injured), and currently sits on the board of Southern Alberta Brain Injury Association (SABIS). She volunteers for the Kidney Foundation, the Calgary Drop-In Centre, and continues to coach high school students in the annual Fasken Martineau Mock Trial Competition in conjunction with Law Day.

Ms. Pipella is a member in good standing of the Alberta Law Society and the Canadian Bar Association.

Outside of the office, Kimber loves to travel, spend time with her family, and enjoys getting outdoors.