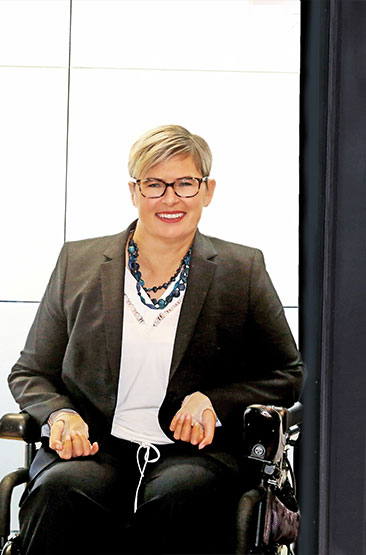 Patricia (Patti) Gutek was raised in Calgary and attended St. Francis High School. She obtained both her Bachelor of Commerce (1999) and Law degrees (2003) at the University of Calgary, with time spent as a visiting student at McGill University, the University of Miami, and the Queen’s University Centre for International Study in the U.K. Upon graduation, she was awarded the Grant McKibben Prize for the student who epitomizes the energy and spirit of the Calgary law school community. Patti articled with Edward S. Pipella, Q.C., and was called to the Bar in November, 2004.

As a former client of Pipella Law herself, Patti has found it gratifying to assist the firm in ensuring that injured accident victims receive fair compensation. Her first-hand experience with how far proper compensation can go to remove the barriers of disability, fuels her passion to help others receive the same support.

Patti enjoys spending time with her three young children and planning her next travel adventure.