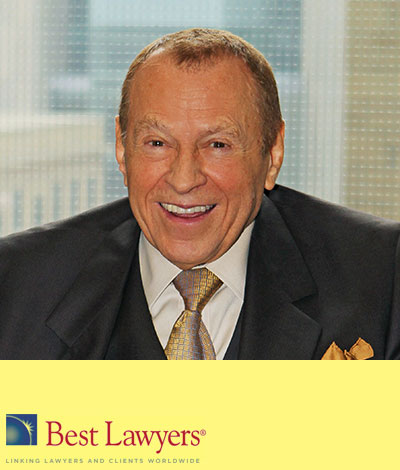 Repeatedly voted as one of the Best Lawyers in Canada in the field of Personal Injury Litigation, Edward S. Pipella, QC, commenced his 56 year legal career as a general practitioner until a close friend of his was killed in a traffic accident, and he was asked to represent the family. That experience along with the pain he suffered after being diagnosed with Ankylosing Spondilitis at the age of 21, helped him realize his dream of dedicating his career to serving persons with disabilities.

Mr. Pipella devoted his working life to personal injury litigation and fought to ensure that victims of catastrophic injuries and wrongful death received fair compensation. During his vast career, he set several legal precedents and inspired many lawyers to fight for justice with integrity, respect and diplomacy. Many of Mr. Pipella’s legal cases were argued before the Alberta Court of Appeal and the Supreme Court of Canada.

Mr. Pipella’s passion and enthusiasm shared over the years with his family was inspirational, setting the tone for two of his three daughters to follow in his footsteps and continue his legacy at Pipella Law, led by Tara D. Pipella, K.C., whom he mentored for approximately 20 years – a dream of his that came to fruition and which made him extremely proud.

Under the tutelage of her late father, Edward S. Pipella, Q.C., Tara D. Pipella, K.C., carries on the family tradition with her team of associates who operate a Calgary-based practice which is restricted to serious personal injury claims including wrongful death, brain injuries, spinal cord injuries and other permanent disabilities. Carrying on her father’s legacy for close to two decades, Tara uses her vast understanding of these issues to lead her team to successfully advocate on behalf of Pipella Law’s clients.