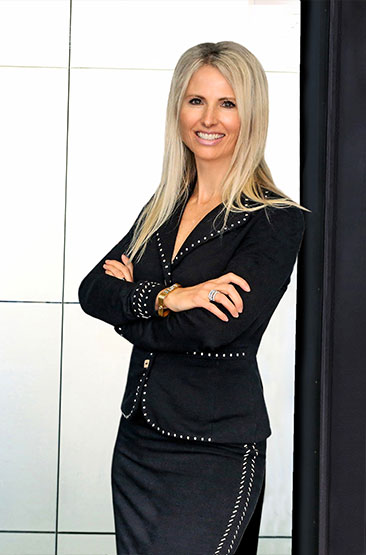 Tara Pipella has been regularly listed in the Canadian Legal Lexpert® Directory as a leading practitioner in Alberta in the area of Personal Injury litigation.  Tara carries on the family tradition of her late father, Edward S. Pipella, Q.C., practicing exclusively in the area of personal injury law and acting exclusively for Plaintiffs, successfully negotiating settlements and arguing cases that ensure proper compensation for her clients’ catastrophic injuries.

Upon graduation, Tara articled with Pipella Law and Calgary Legal Guidance, where she acquired experience in family and criminal law. Following her admission to the Bar in 1999, Tara practiced solely at Pipella Law under the tutelage of her father, Edward S. Pipella, Q.C., repeatedly voted as one of the Best Lawyers in Canada for his accomplishments in the legal field, and who was proud that he never acted for an insurance company in his 56-year legal career.

Tara now operates Pipella Law, and has developed a high level of expertise in the various areas of personal injury, and medical malpractice. Tara has appeared before all levels of court in Alberta.

Tara has volunteered with the Canadian Bar Association, Personal Injury Subsection. She held the positions of Secretary and Legislative Review Chair, and was the acting Chairperson. She has also prepared papers for the Legal Education Society of Alberta, (LESA), and has presented seminars for Alberta physicians and the Occupational Therapy Association.

In addition to dedicating time to her husband and children, Tara has been very involved in the community. She has further volunteered for various organizations for over two decades including Spinal Cord Injury Alberta, (SCI), the Association for the Rehabilitation for the Brain Injured (ARBI), the Southern Alberta Brain Injury Society (SABIS), Inn from the Cold, the Canadian Diabetes Association, the Kidney Foundation, the Calgary Drop-in Centre, and has participated as a Coach to high school students in the annual Fasken Martineau Mock Trial Competition in conjunction with Law Day. Ms. Pipella is a member in good standing with the Alberta Law Society and the Canadian Bar Association, and sat on the Board of Directors at SABIS for a number of years.