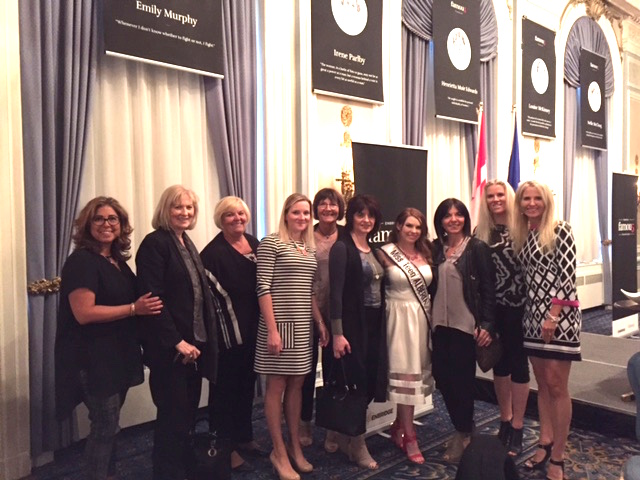 The goal of The Famous 5 Foundation (or Famou5), is to celebrate women’s successes and inspire them to become Nation Builders in the legacy of the Famous Five—the five courageous and idealistic Canadian women who fought to legally enshrine the rights of Canadian women to vote, own property, and be treated as equal members of society.

Established on October 18th, 1996 (the 67th anniversary of the precedent-setting “Persons” case that ruled Canadian women were eligible to sit in the Senate), and fully incorporated as a non-profit charity in 1997, the Famous 5 Foundation aims not only to celebrate the spirit of the original Famous Five, but also to inspire and empower future generations of leaders.

At the age of 13, Mackenzie Murphy felt beyond hope—bullied at school and online, she attempted suicide. Fortunately, Mackenzie survived and, galvanized by the video diary of tragic bullying victim, Amanda Todd, launched a crusade to eliminate bullying in her hometown of Airdrie, Alberta.

After a hard 9-month campaign, Mackenzie and Airdrie’s Mayor, Peter Brown, successfully campaigned for a bylaw that sees fines for offenders that torment others.

For her tireless advocacy on behalf of bullying victims, Mackenzie was awarded the Me to We award for social activism in 2014, and theInternational Diana Award (named after the late Princess of Wales), in 2015.

Mackenzie has now joined forces with organizations such as Wear Your Label and Morgan’s Mission to continue raising awareness about bullying and its crippling mental effects, while working to eliminate the stigma surrounding mental health issues. Mackenzie tells her story in schools, conferences, and other events, all to educate the public while supporting the victims of social abuse.

Mackenzie’s unyielding dedication to mental health and anti-bullying advocacy made her an easy choice to be a Famou5 Speaker, and Pipella Law is overjoyed to have been a part of the event.