Calgary Family’s ‘Dream Home’ a Celebration of Accessibility and Independence 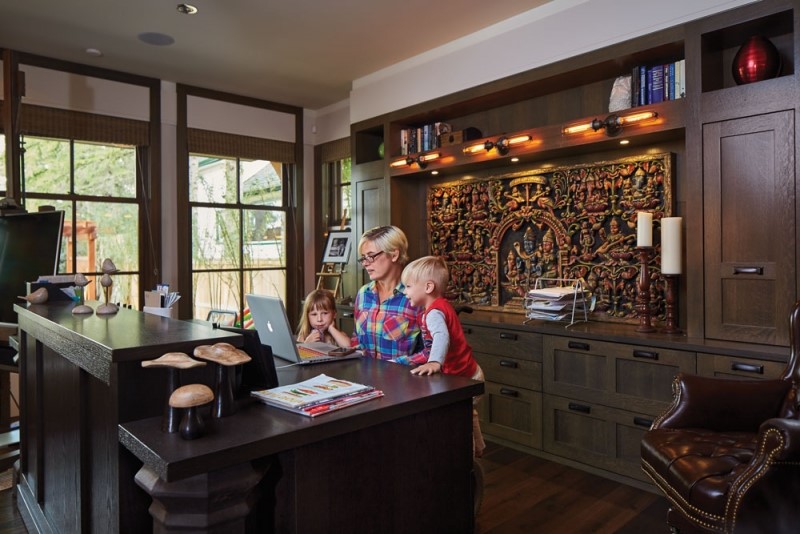 Patti Gutek, a lawyer at Pipella Law, and her husband, Bryan, wanted their family home in Calgary’s Bowness neighborhood to not only accommodate Patti’s special requirements as a quadriplegic, but also their unique personal tastes—as Patti describes it: a space that’s “a fit for our needs and a fit for our personalities.”

Patti and Bryan turned to intern architect Marvin Dejong for assistance in designing a home that could exceed every necessity. Their home features a number of inviting touches that make for a cozy and accessible living space, including:

The home features a novel “space-within-a-space” design mindset—”a collection of intimate areas that are focused on function.” The Family homestead features a large central entertaining area, with a small suite of specially-constructed rooms (a walk-in closet, bedroom, and an oversized bathroom) removed from the rest of the house, allowing the family to entertain and move freely, without sacrificing privacy or accessibility.

However, the Family’s home is more than just a beautiful, accessible environment—it’s a testament to Patti’s success over personal struggles.

In 1987, at the age of 10, Patti suffered a spinal cord injury as the result of a skiing accident. The injury rendered Patti a C4-5 quadriplegic. With the assistance of the personal injury experts at Pipella Law, Patti was properly compensated for the injuries she sustained.

The successful settlement of Patti’s case had a profound, lasting effect on her life; the compensation she received has enabled her to, in her own words, “lead a fulfilling and relatively independent life… I have had the resources to pay for the caregivers and equipment I require to achieve my goals and dreams.”

Thanks to her settlement, Patti is able to enjoy the life she wants, how she wants it.

Lessons to be Learned

Stats Canada estimates that between 2009 and 2010, around 4.27 million Canadians over 12 were victims of injuries severe enough to limit daily activities. However, the limitations of an injury can definitely be offset by proper compensation. With proper insurance and top-quality legal representation, like the kind offered by Pipella Law, severe injuries won’t necessarily mean the end of your independence and freedom.