E-scooters Enter Calgary: Are You Ready? 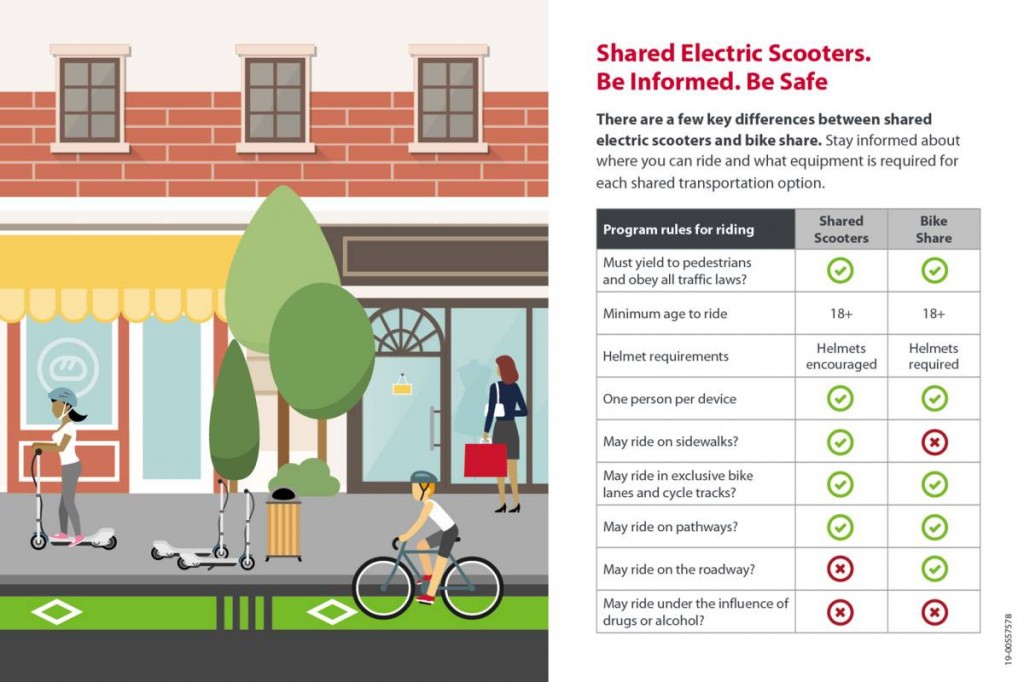 After popular (and controversial) debuts in major American cities like San Francisco, Las Vegas, and Austin, e-scooters have arrived in Calgary—albeit on a limited basis.

Currently, the Government of Alberta has classified e-scooters as “prohibited miniature vehicles that can be used only on private property;” however, the City of Calgary has secured permission to test “the viability of shared electric scooters through a 16-month pilot program” that launched in July 2019.

With the City of Calgary interested in increasing citizen mobility and accessibility (while minimizing emissions, traffic congestion, and parking demands), the success of the Shared Electric Scooter Pilot program could result in broad impacts to the way Calgarians navigate the city.

Electronic kick scooters (or e-scooters) are typically small, two-wheeled vehicles that use an electric motor to propel a single occupant. Handlebars contain basic throttle and braking mechanisms, with the e-scooter’s occupant manoeuvring the vehicle by turning the handlebars in the appropriate direction.

The e-scooters being piloted in Calgary are “dockless,” meaning that they do not need to be returned to a recharge station or receptacle—convenient for users on the go, but a setup that has seen e-scooters abandoned in the middle of busy roadways (or even thrown into bodies of water). E-scooters are located and “unlocked” through a phone app, with users typically paying a small per minute fee, typically less than 40 cents.

While the quasi-legal status of e-scooters means there’s no official requirement that users wear a helmet, the City of Calgary strongly encourages it.

What are the Legal Ramifications of E-Scooters?

Because e-scooters are so new to Canada, the long-term legal ramifications of these vehicles remains to be seen; however, concerns have been repeatedly raised regarding user safety. E-scooters have been linked to at least two deaths internationally, and the first two weeks of the Calgary pilot program saw 60 people rushed to area hospitals with fractures, sprains, and head trauma.

Feedback from the City of Calgary pilot program (including injury reports) could result in municipal regulations dictating how, where, and when e-scooters can be used within the city. For now, users of e-scooters should exercise good judgement and adhere to a few basic principles: