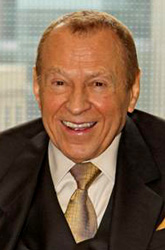 A touching celebration of the great accomplishments that Edward S. Pipella, Q.C. achieved during his life was recently published in Law Matters, the quarterly publication of the Alberta Branch of the Canadian Bar Association.

The article was co-written by two of Mr. Pipella’s daughters, Kimber and Tara Pipella.

During his 56-year legal career, Mr. Pipella earned a reputation for standing up for the “underdog.” He forged friendships that lasted a lifetime, and found “great satisfaction from helping people who were catastrophically injured, and that he would not change a thing.” Even outside of his successful legal practice, Mr. Pipella was a passionate philanthropist and supported many worthy causes in Calgary and Southern Alberta.

Mr. Pipella devoted his career to standing up for people who suffered serious injuries. He fought hard to ensure these victims receive fair compensation to regain the best quality of life available. Throughout his career, Mr. Pipella always acted in the best interests of the injured, and never once represented an insurance company. It was a point of professional pride for him.

Today, his daughters are equally proud to represent the family firm and are well-equipped to help other people in need of personal injury compensation. They had 20 years to learn from the best. Mr. Pipella’s reputation as a litigator was unparalleled, and to this day, people still refer to him as one of the most highly respected trial lawyers in Calgary’s history.

He will be deeply missed by friends and family alike.