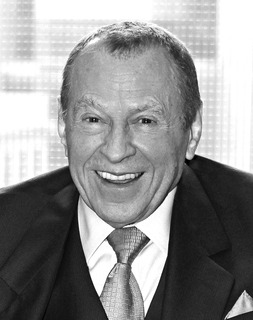 The Summer 2015 edition of “Spinal Columns,” Spinal Cord Injury Alberta’s magazine ran an article on the founder of Pipella Law — Edward Stanley Pipella (Ed) Q.C. (November 14, 1931 – October 30, 2014). You can read the full article here.It serves as a standing reminder of how Edward Pipella was a hard working, honest, and good man by all accounts. He was born as one of 10 children, whose father was a “dirt farmer” and his mother could neither read nor write. Still, ‘Ed’ Pipella, desired more in life. His mother supported his dream to succeed and eventually “sold her 10 best milking cows to send him from small town, Lamont, Alberta, to Calgary to pursue an education.”

Pipella was well aware of the great sacrifice that his family had made and was determined to make the most of his opportunity. Through many long years of hard work and determination, Pipella, established his place in the legal field. And not only was he diligent and earnest with his legal practice — he also fell in love with the work. He fostered a lifelong passion for “the game and the pursuit of justice.”

It was in 1968 when one of Pipella’s close friends was killed in a traffic accident: Pipella was asked to represent the case and this started the shift of his legal focus to personal injury law.

Some years later, Pipella represented another friend who had sustained an incomplete spinal cord injury. Representing his injured friends in need was only part of the reason why Pipella shifted his Practice towards personal injury issues. Pipella himself had long suffered with severe pain, which began at a young age, after being diagnosed with Ankylosing Spondylitis (a type of inflammatory arthritis).

Edward Pipella understood personal injury. This fuelled his love of helping those in need.