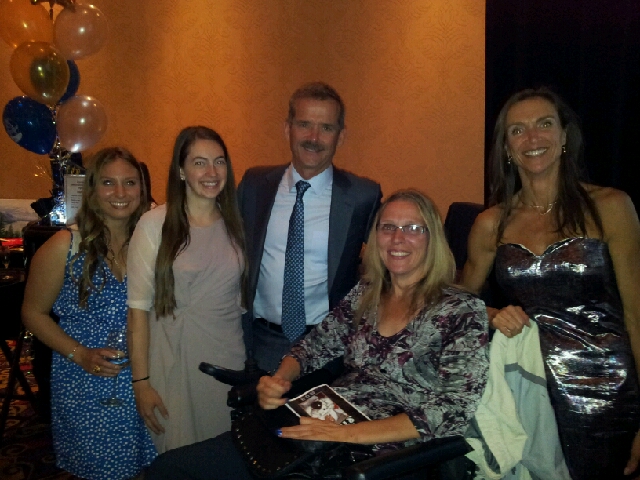 He’s been called “the most famous astronaut since Neil Armstrong.” The legal team at Pipella Law is proud to sponsor the Reach for the Stars fundraising dinner, featuring Colonel Chris Hadfield, Canadian Astronaut and former Commander of the International Space Station.

Pipella Law is a “star level” sponsor of the dinner being hosted by URSA (Universal Rehabilitation Service Agency) with Colonel Chris Hadfield on Friday, June 13th, 2014 at the Deerfoot Inn and Casino. The Calgary based charity has been “building a caring and compassionate community for children and adults with developmental disabilities and brain injury survivors, for the past 28 years.”

Colonel Chris Hadfield has a highly impressive track record. As taken from the Canada Space Agency website, Between 1989 to 1992 he was testing the F/A-18 and A-7 aircraft; performing research work with NASA on pitch control and flight. He conducted the first military flight of F/A-18 enhanced performance engines; piloted the first flight test of the external burning hydrogen propulsion engine; developing a new handling qualities rating scale for high angle-of-attack test; and participating in the F/A-18 out-of-control recovery test program. In total, Hadfield has flown over 70 different types of aircraft. In June 1992 Chris Hadfield was selected to become one of four new Canadian astronauts from a field of 5330 applicants. Hadfield continues to bring the glory of science and space travel to everyone he encounters.

Tickets are $225 each, or a table of 8 can be reserved for $1,700. The event is semi-formal. Live silent auction to follow. Details can be foundhere.

Please feel free to contact the legal team at Pipella Law if you have any questions about your legal rights to ensure you are able to enjoy a full life after a personal injury.