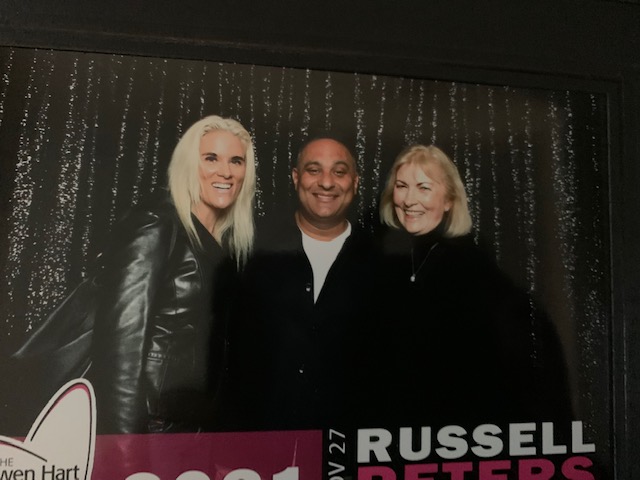 On the evening of November 27th, 2021, Calgary’s Southern Jubilee Auditorium laughed along with Gemini and Peabody Award-wining stand-up Comedian, Producer, and Actor, Russell Peters, during a very special limited engagement. “An Evening with Russell Peters” saw the international superstar take no prisoners as his set covered the nature of comedy in the age of social media.

An epaper from the Calgary Herald with a recap of the evening can be found here: https://epaper.calgaryherald.com/article/282866554151229

On May 23rd, 1999, Owen Hart, a celebrated Professional Wrestler in his own right, and a scion of the fabled Hart family—arguably one of the greatest stables of professional wrestlers in the history of the sport—tragically lost his life as the result of a wrestling stunt gone wrong. Dr. Martha Hart continues to honour her husband’s memory through her philanthropic foundation.

Just as the volunteers and professionals of The Owen Hart Foundation work tirelessly to assist the most vulnerable and in need, Pipella Law works to ensure that those injured by the negligence or actions of others are financially compensated.

As tireless advocates both in, and out of, the courtroom, Pipella Law is proud to have supported “An Evening with Russell Peters,” and to offer continuing support to The Owen Hart Foundation.